from Madrid in Spain to Berlin, architect

Elena left her country to follow her sentimental partner, found a job in Germany and is now happy living in Berlin, where she hopes to see her child grow up. She is Spanish, her husband is Dutch, and they have a German child. „Every time I go to a public park I meet parents from different countries,“ Elena says.

Elena’s and her husband’s friends are mostly foreigners. European couples. She works as an architect in Berlin, from where she manages a construction site in Spain. Her profession has been one of the most affected by the bursting of the Spanish real estate bubble in 2008. A study by the Spanish Architects Union from 2013 found that only 24 percent of Spanish architects working in Spain reached a monthly salary of 1000 euros. According to the National Institute of Statistics, three out of ten Spanish architects do not have a job.

Elena said that she has been working for over a year as a connection between a German and a Spanish architecture firm: „When we spoke with the other side, everyone thought that here in Germany things were always perfectly done. But it’s a legend, it’s not always so.“ Things, in fact, are not like they look from Spain. Germany is not the european Eldorado, Elena says.

Most migrated countries by young people from Spain 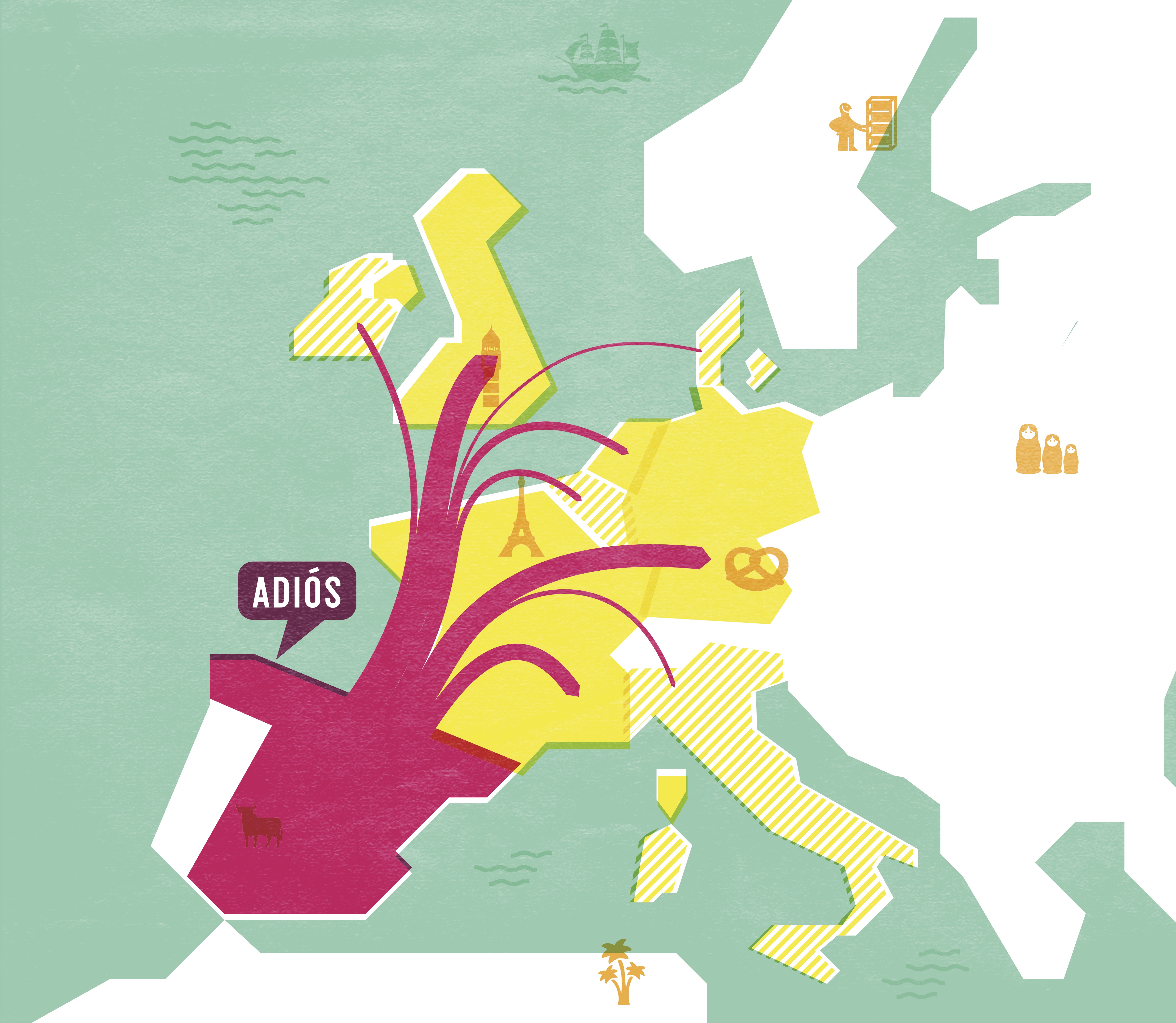 Just as dozens of other expats that have told their story for this project, Elena mentions the discrimination towards the South: “In general, we are still seen as lazy and inefficient,” Elena says. “And here they have a sense of superiority about everything that is not German. It is exactly what happens in Spain when we judge those who come from Latin America,” Elena says.