from Battaglia Terme in Italy to Mannheim, Opera Singer

Ludovica Bello is a 27-year-old Italian opera singer from Battaglia Terme, a small town near Padua in the North of Italy, who now sings at the Nationaltheater Mannheim. Upon her graduation from the Conservatorio di Rovigo, she began singing in Italy until at some point her boss stopped paying for her performances. “Being a victim of such a fraud and the inefficient Italian justice system made me feel powerless. That triggered my decision to migrate,” Ludovica says.

The fraud was not the only problem for her. Ludovica’s personal experience is part of a larger trend. “Being an artist in Italy is getting impossible due to the cuts to the federal budget.” In fact, the budget of the Italian Ministry for Culture decreased from 2,7 billion to 1,5 billion Euros in just the last decade. Nowadays, many artists struggle to make a living.

Ludovica is one of those migrants who can state with certainty that she won’t return to Italy, except to vacation. “Or to get old”, she adds with a melancholic smile. She has the same nostalgic feelings as many Mediterranean migrants in the North of Europe. “Even though I feel perfectly comfortable here in Mannheim, I miss my food, the landscapes of my homeland, my family.”

“I left Italy in 2010 with the idea of going back soon after,” Ludovica says. “But then I started my life here and joined the international family of the Nationaltheater Mannheim.” Like many other Italians now living in Germany, she still considers Italy “la casa” (home) but “as an Italian citizen born in 1987 I do not feel grateful to my country, except for the schools I could go to – including the Conservatory, which was very good.”

Ludovica is a good example for the brain drain of Southern European countries, some of which invest billions of Euros in education just to see the best students migrate once they get a degree.

Most migrated countries by young people from Italy 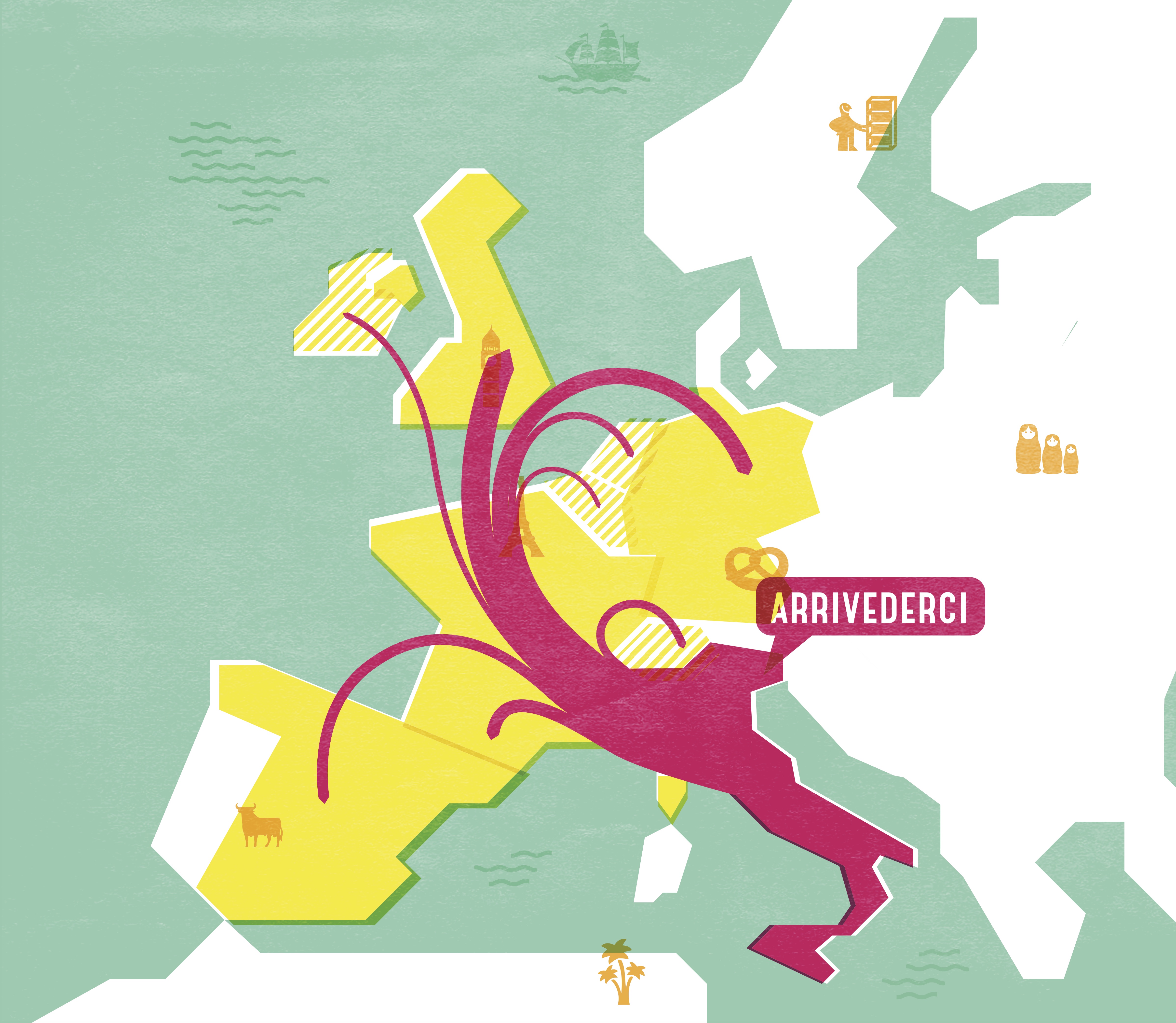 Ludovica is happy. “I always dreamed of living in Germany, since high school I have felt a special connection with the language and the culture.” When asked about racism, Ludovica responds in a very clear and direct way: “Italy is more racist than Germany, as Germany is more used to the presence of foreigners. You can see it in the simple things, in the city or on public transport where Turks, Kurds, Israeli, Palestinians, Spaniards, Polish and Africans have no problem with each other.” On the other hand, she can recall how someone in Mannheim once laughed at her German pronunciation, making her feel like a foreigner.

Ludovica believes Germans set a good example when it comes to letting their children become independent. “I really like the fact that young Germans often go abroad for one year to work and travel after finishing high school,” Ludovica says. “This gap-year tradition is something that doesn’t occur in the South of Europe, where the idea of a ‚united family‘ often turns into a limitation for young people.”

Ludovica lives in Mannheim with her husband, Emanuele, who’s a singer as well. “Germany embraces everyone with open arms”, Ludovica concludes, “Different from us, Germans seem to have learnt from their history and this is something that you can deeply perceive in everyday life.”